Today's Mortgage Market at a Glance 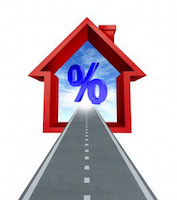 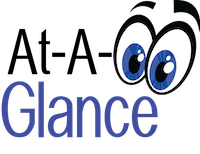 •Friday’s mortgage rates should be slightly higher than Thursday’s early pricing. Preventing more of an increase are gains from late yesterday. If you saw an intraday improvement before closing, you may see a larger increase this morning. The bond market is currently down 16/32 (1.75%).

•Stocks are mixed with the Dow down 161 points and the Nasdaq up 41 points.

•The first of today’s batch of economic reports was the highly important Retail Sales report for December. The Commerce Department announced a very weak 1.9% decline in consumer sales, falling well short of the unchanged that was expected.

•Even more surprising in the report was the 2.3% drop in sales if more volatile and costly auto transactions are excluded. An increase of 0.2% rise was predicted.

•These numbers clearly show consumers spent far less last month than many had thought, making it great news for rates. Because consumer spending makes up two-thirds of the U.S. economy, this should be concerning in how it may affect overall economic growth in the coming months, supporting the theory that the worst of this spike in rates is likely behind us.

•Next was December's Industrial Production data at 9:15 AM ET. It revealed a 0.1% decline in output at U.S. factories, mines and utilities last month. Forecasts were calling for a 0.3% increase in production.

•The final report of the week was January's preliminary reading of the University of Michigan's Index of Consumer Sentiment at 10:00 AM. It came in at 68.8, down from December’s final 70.6. The lower reading means surveyed consumers don’t feel as confident about their own financial situations this month as they did last month and are likely to spend less (see this morning’s Retail Sales report).

•Next week doesn’t have too much scheduled that is likely to drive mortgage rates. The week starts with the markets closed Monday for the Martin Luther King Jr. holiday.

•We only have a couple of monthly economic reports set to be posted, with the majority being housing related. There also is a 20-year Treasury Bond auction midweek that could affect rates during afternoon trading one day.

•Look for details on all of next week’s activities in Sunday evening’s weekly preview.

•Visit our Daily Commentary page on our site for detailed explanations on current news that is relevant to mortgage rates.


Get your Daily Commentary from Trojan Home Loans everyday!